Wixams is a fantastic place to be for Halloween each year and, despite the miserable weather, 2022 seemed to be busier than ever. We saw our town come alive with hundreds of little reanimated skeletons, witches, ghosts and even dinosaurs out on the hunt for sweeties and enjoying the atmosphere.

As usual we ran our Halloween Decorations Competition so that we could find the ‘Spookiest House in Wixams’ and reward them for their hard work and for helping create such a wonderful experience for our community. This year 16 homes entered the competition and we could tell some people had really taken things up a notch! Our judges saw so many weird and wonderful new ideas and it was particularly interesting to see what past competition entrants had put together. In some cases they took last year’s display and went event further with it, in other cases they did something completely new. The creativity of some displays was off the charts and the variety made things really difficult for our judges. Two of them kept asking if we could just make everyone a winner a split the hamper between all the families!

A competition like this takes a lot of work and people to plan and run; given it’s all done by volunteers we want to express our heartfelt thanks to everyone who has made this a success.

The winning prize is a massive hamper and all the goodies were very kindly donated by Welcome Co-op Wixams, thank you to Damian and the team. All those goodies were put together in a great Halloween themed two-part hamper by the fantastic Faye. The amazing photos below were taken by Asan (Tu Plus Tu Photography tuandtu.com), he covers lots of events in Wixams and elsewhere for free and in his own time. It’s a massive undertaking and it makes all the difference to have so many great shots to share with the entrants and the wider community. Last but not least are the judges: Barbara, Cecilia & the boys, Rich & Lucy, Ferial & Mike, Paula, Sheila, Adriana, Richard and Joey. Thank you all!

As usual the prize for the winning home was a massive two-part hamper of goodies worth around £100. Both boxes were crammed with drinks, snacks, sweets and more which we’re sure our winners have got stuck into already. We make sure that around half of the budget is spent on drinks just for the adults as we know they put in so much work into their displays, sometimes planning months in advance 🍻 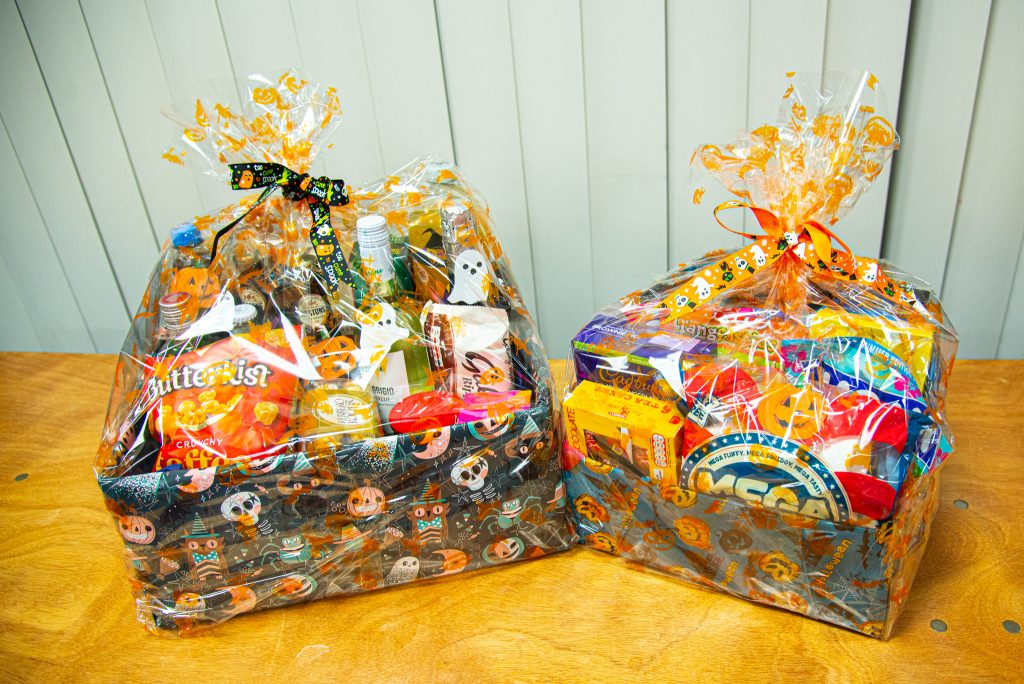 And the Winner is…

Three homes this year were very popular with the judges but there can only be one winner, and it was this fantastic display on Pheasant Grove! We were wowed by the sheer number of props they had created and the overall effect was something really spooky and special. Apparently it was put together on a tight budget and the props were mostly hand made from bits of old wood and bin liners. 10/10 for effort there!

There’s a big variety of houses in Wixams, particularly in size, so our judges do their best to factor this in and consider how well the displays take advantage of the space available. Our winners are lucky to have some green space in front of their home but they really took things to another level filling it with a giant spider and web, corpses, pumpkins and more. The house itself was really impressive too including silhouettes in every window. Well done and thank you for bringing something new to Halloween in Wixams 👏👏👏 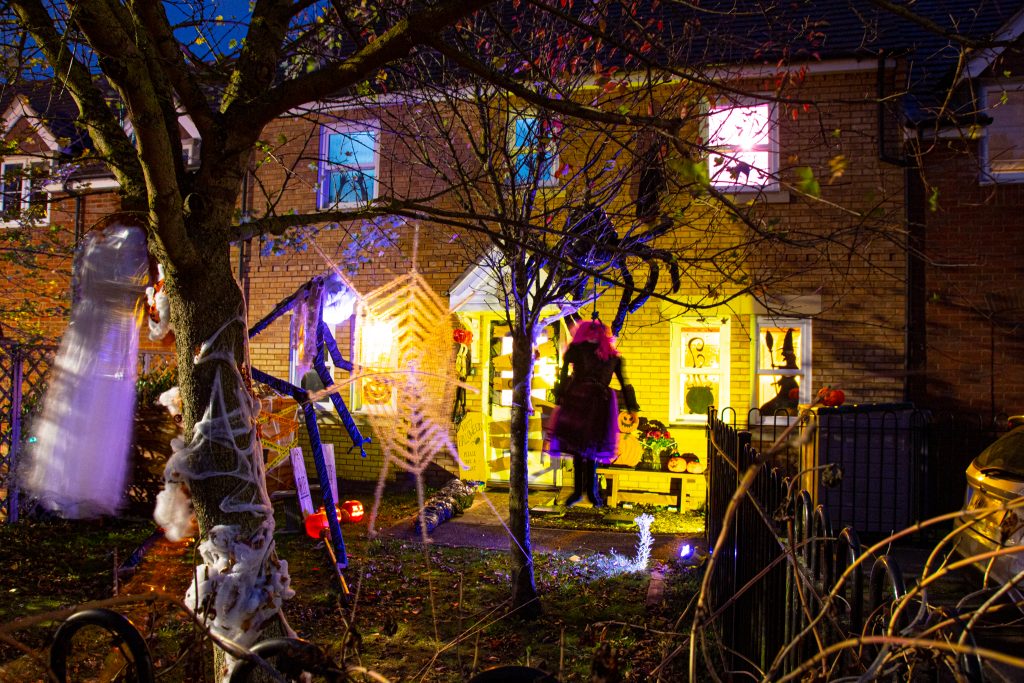 We want to thank all of the participants in this year’s competition for their hard work. This year really was exceptional and we saw some particularly fantastic new ideas which deserve a mention. The house on Brambling Gardens was covered in a giant spider’s web and the nest was home to the bowl of sweeties 😵‍💫 The owners of one home on Brooklands Avenue seem to take great pleasure in giving visitors a fright in return for sweets, this time a giant spider would drop on anyone brave enough to try to grab some from the bowl! We saw lots of great window scenes but the stained glass windows on Tawny Avenue really stood out. We also saw some really great carved pumpkins in a variety of styles, some lit of with colourful lights, and they all looked fab.

A special mention goes to the Stranger Things themed house on Southern Cross which was absolutely stunning. Unfortunately the age range of our judges mean that they didn’t all get the references, but one judge is a big fan of the show and said the attention to detail was incredible and it captured so many different parts of the story. Well done guys, we’re sure you made a lot of people very happy 😈

Here’s some great photos from the other entrants for you to enjoy.

You can find some fantastic photos of the previous competitions on the pages below: