Wixams is a thriving town with lots of families with children as well as elderly residents who predominately live in the Wixams Retirement Village. However, there are a number of challenges on our roads to do with parking and speeding, as well as a lack of infrastructure to support pedestrians and cyclists travelling around our villages.

In the 2021 Wixams Residents Survey two of the top crime and road safety issues highlighted by respondents were speeding and anti-social driving. There have also been repeated comments made on social media about dangerous driving and concerns over pedestrian safety. 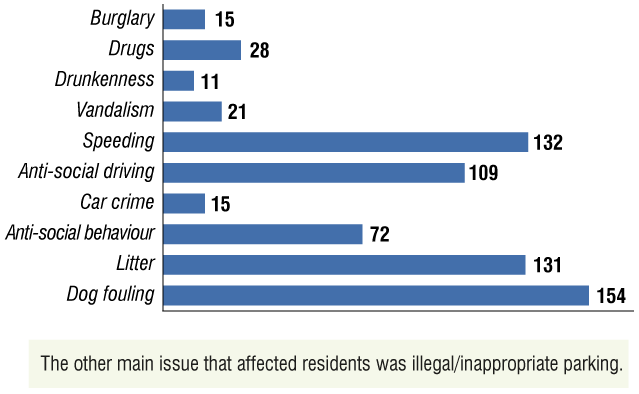 When asked what measures are needed to improve road and pedestrian safety the responses were mixed. It’s clear from the results that residents would like to see action taken to improve the parking issues, slow down vehicles, and to increase pedestrian safety with the installation of crossings.

Below are some costings provided by Bedford Borough Council (BBC) for different road and pedestrian safety measures:

BBC recommend a feasibility study is carried out first to determine locations and types at £4k/£5k per site.

For a number of years there have been calls for pedestrian crossings to be installed all across Wixams. Unfortunately little action has been taken to get crossings here and when requests have been made, such as by the Wixams Parish Council, the responses have often been that the roads have not been adopted (they’re still legally owned by the developers) or that there’s no money to pay for crossings. The roads here are being adopted one by one, however the lack of funding means there’s a limit on how many crossings could be installed.

The Wixams Parish Council have been working to help improve road safety in the Wixams Parish for a few years. They installed the speed awareness signs on Bedford Road, Green Lane and Southern Cross to help reduce vehicle speed within Wixams and have been pushing for average speed cameras to be installed in some key spots.

At the February 2022 meeting they agreed that pedestrian crossings are needed and might be an effective way to slow cars down whilst providing a safe place to cross the road. However, with a total bank balance of £168,187 (as of Feb 22) it’s clear the WPC does not have the funds to install crossings in enough places in Wixams parish to address the main concerns raised by residents. At the February meeting the council agreed to fund feasibility studies at the locations below and will consider funding measures at the highest priority locations in the parish.

After some recent incidents, including a child getting hit by a car, a petition was submitted to Bedford Borough Council to request they install pedestrian crossings in Wixams (within borough parishes). This petition demanded that the council take responsibility for the lack of crossing here and asks them to pay for their installation. The petition received 178 signatures.

In response to the petition Bedford Borough Council approved a motion containing the following:

To better understand where the main road safety concerns are within Wixams a survey was live on this page in March 2022 which asked residents to vote on which locations they considered to be the highest priority for Wixams. The results from this survey are shown in the chart below, a map of all the sites can be found on this map.